Violin Concert at Christ the Prince of Peace Church Weybridge

We welcome and treat clients with respect and dignity, and find out what they need and want. We offer professional and appropriate advice and help according to the client’s needs and aspirations. We agree an action plan with clients which is time limited with the aim of supporting clients out of homelessness.

Of the over £4 million a year it costs to keep The Passage going, only 40% is funded from statutory sources; the rest comes from donations from individuals, church organisations, charitable trusts and companies. 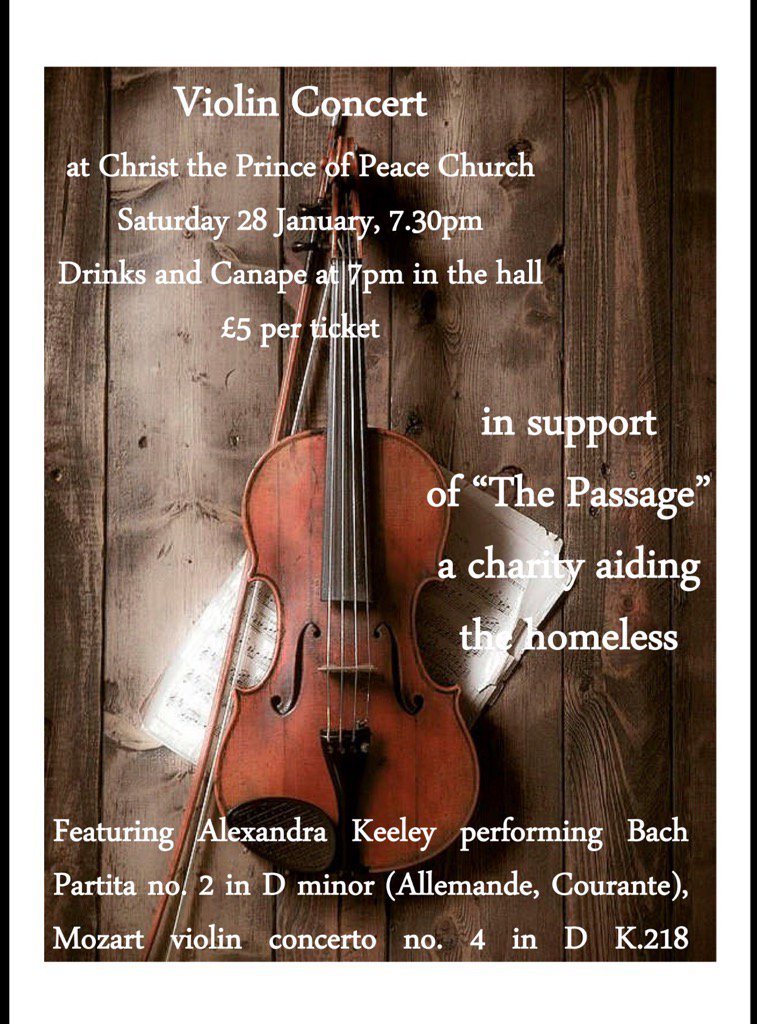 Taught the violin from the age of four by her mother by the age of five she had won the first festival beating competition from musicians three years her senior. From this moment on Alexandra was to win dozens of prizes on both the violin and the piano.

At only the age of seven, Alexandra played the Bach Double violin concerto with the Settle Orchestra, this event was filmed and broadcast by the BBC.

She was invited to Clare College, Cambridge where she played with the Director of Music, Graham Ross.

It was only days after Alex had played the Mediation by Thais with the Promenade Concert Orchestra in Morecambe, that she heard that she had been successful in obtaining a place to study at the Menuhin. ITV filmed a piece about Alexandra’s success calling her “a child prodigy”.

Alexandra is beginning to get invitations to play all over the country. She played a sell out concert at the prestigious Grassington Festival where past performers have been people such as Julian Lloyd Webber.

Alexandra is now a student at Guildford Girls School. Her teacher is the Head of Strings at a leading music college. In March Alexandra is going to play one of Mozart’s violin concertos at the Reform Club, Pall Mall.