A Chorus Line examines one day in the lives of seventeen dancers, all vying for a spot in the “chorus line” of a Broadway musical.

After the first round of cuts, Zach, the director and choreographer, asks each dancer to speak about themselves.

Discomfort opens into revelation, confession leads to redemption, and within the bright, outwardly homogenous chorus, the audience begins to see each dancer’s individuality.

From Cassie, the star who just needs the “music and the mirror and the chance to dance,” to Val, a small-town girl with a brand-new big-town body, to Mike, who took his sister’s place in dance class, saying “I can do that.”

Based on real Broadway dancers’ stories, as told to fellow dancer and choreographer Michael Bennett, A Chorus Line is funny, heartbreaking, and refreshingly honest.

Here are some photos of an earlier production of West Side Story by Elmbridge Youth Theatre
– and it’s back again by popular demand! 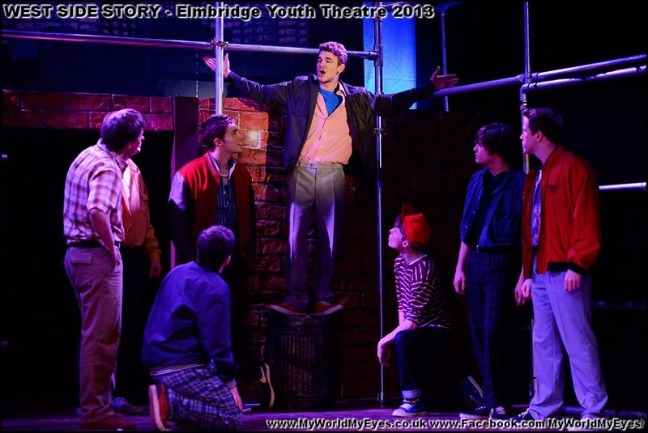 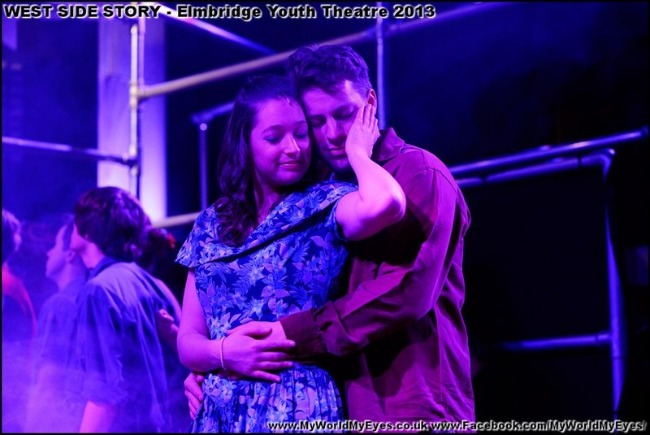 Advisory notice:
This show contains adult content in reference to sexuality, language and humour. Children are welcome under parental supervision.

Based in Elmbridge in Surrey, EYT was set up to bridge the gap between school and adult drama, specifically aimed at young people between the ages of 15 and 25.

The group was formed in September 1997 with Richard Davis as Director and Carole Andrew as Deputy Director and Choreographer – both had long been responsible for the shows at Rydens School in Walton-on-Thames, Surrey. At the same time, Esher Youth Theatre, which had been running very successfully for many years, was in danger of closing, so it was incorporated in the new Elmbridge Youth Theatre and its remaining members joined us.

Richard, now no longer with us has left a legacy any West End Director would be proud of.

The main focus of EYT is to cater for the leisure time needs of local young people, as well as to encourage and foster an interest in theatre and develop the skills involved in the various Theatre Arts.

Two major productions are usually presented each year at the Cecil Hepworth Playhouse in Walton – normally a musical in the winter and either a musical or straight play in the summer. This gives everyone a chance to be involved, and to use whatever performance skills they have – whether it’s acting, singing or dancing or all three!

Meetings & Rehearsals in Weybridge and Molesey
EYT has its meetings/rehearsals on Sundays from 6.30pm to 9pm at St James’ Church Parish Centre and on Thursdays from 7.30 pm to 10pm at Molesey Youth Centre. Please see the EYT website contact page for addresses and maps.

Subscription
There is a subsription fee payable per year to cover performers insurance. This fee is currently £30.

Past Productions
Our past productions have included Les Misérables – School Edition, Carousel, The Wizard of Oz, Anything Goes, The King and I, Oliver!, West Side Story, Guys and Dolls, Annie, Oklahoma, The Secret Diary of Adrian Mole, A Chorus Line, Crazy For You and The Boyfriend. The productions are funded from Box Office receipts and grants and sponsorship from local charitable trusts and commercial companies.